Via Potentia ~ Modern Self Defense Training

Our next free seminar on self defense and physical conditioning is Friday, July 29 from 6 - 9 PM. Call or email to confirm availability and save a space.

It is important to us that you understand the reality of the martial arts so that you can make an informed decision about what you wish to pursue. First, there are several different genres that are generically (and erroneously) referred to as martial arts: 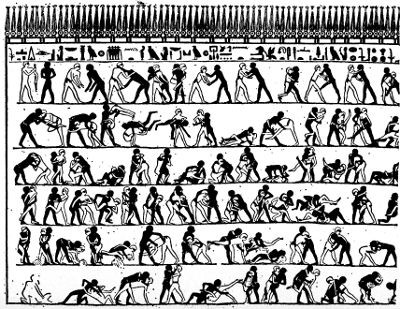 Any of these might (or might not) have an emphasis on personal conditioning. Many include a layer of ethical expectation, especially the philosophical arts and those that emphasize their "traditional" nature.

As you can see, each of these has a very different purpose. I list this because one of the most common questions I hear is "which martial art is best for learning self defense?"

If you seek genuine self defense training, then we advise that you seek a program in this order:

Training to be a martial artist has many excellent benefits, and can help one stand up for himself or even defend himself from the run-of-the-mill bully. Some people find great value and personal worth in pursuing them. But most martial arts training is night-and-day different from training for self defense. One doesn't have to choose one or the other; the problem is that most martial arts aren't even teaching self defense, but people (mistakenly) believe they are getting it.

Many martial artists find offense with this assertion. Some go so far as to physically challenge people who make it, which only demonstrates the point being made. If anything, martial arts training prepares someone for demonstration, sport and perhaps dueling (friendly or not). If you challenge an individual to a fight, that is a duel. That is not self defense, and does not measure the ability of either system to address a self defense situation. One might as well challenge the other to a hotdog eating contest or a chess match. The very fact that so many martial artists believe that their belts, trophies, or competitive wins means that they are good at self defense demonstrates how little they understand about criminal violence.

For example, in the classes that I teach, participants train on delivering strikes to the eyes, knockout hits to the jaw, knife and spear strikes to the neck, snap kicks and knees to the groin, side kicks to the knees and stomps to the ankles and feet. "Ya, whatever. We all do these strikes." Okay, but these are our basic drills. How many times have you closed your eyes, been disoriented, struck in the side of the head, at which point you had to open your eyes, identify the threat and attack full force for three to five seconds? How much time has been spent on discussing how to avoid and prevent assaults? Does your (current) system train with or even allow strikes towards vulnerable targets? Do you train with improvised weapons, guns, knives, upright and on the ground in dynamic, unscripted ways? Do you consistently train against people who are larger and stronger than you, pressure-testing techniques so that you know which ones only work with a compliant, friendly training partner?

For 99 out of 100 martial artists, the answer to the above questions is "never." But that is self defense training. If anything, martial arts train people to defend from a very specific kind of violence -- the voluntary duel in which one person challenges you to fight, you accept, and the two of you go at it, relatively-equally matched according to informal rules and without any intent to really harm or kill the other person. That isn't how the majority of assaults go down.

In real assaults that attacker/provoker will usually be much stronger, larger or more skilled with violence. He is probably carrying a (hidden) weapon, or has friends ready to jump in. He will fight dirty. He picks the time, place, and selects the victim.

The skills that win the competitions and trophies not only don't work, but can get you into trouble. Consider the simple fisted punch, one of the first and fundamental techniques taught in almost any martial art. Punching someone in the head or face with a closed fist is a horrible self defense technique unless you have done a lot of fist conditioning (as in years), often resulting in a broken hand, wrist, or finger. Another example is a high, jumping or spinning kick. This is a show-off move that demonstrates skill, (rightly) impresses people and scores points in competition, but it is suicide in a self defense emergency against an aggressive attacker. Also, because people usually practice with light power in martial arts, even when sparring, they are not used to defending from (or delivering) full power strikes, nor do they develop the psychological strength necessary to deal with painful hits or someone who is actually attempting to harm them. They aren't even aware of how it feels to hit something with the power that will be necessary (it hurts), and they haven't trained themselves to mentally overcome that pain and the natural psychological restraints that must be loosened in an emergency. These things take time and special training that is rarely provided in common martial arts programs... in part because they aren't a lot of fun.

While I do believe that most martial arts can be adapted to use in a self defense emergency -- as can a great many sports and hobbies -- I think that the way that most martial arts schools present their curriculum as "self defense" instruction demonstrates their own ignorance of actual violence and how to protect one's self therefrom (and I say this as someone who has personally practiced in many schools).

Don't get me wrong. We do martial arts and think they are good. However, our emphasis during the beginning stage is on self defense principles and techniques, and we save "martial arts" -- the fancy stuff -- for the intermediate stage and beyond.

Copyright Via Potentia. All Rights Reserved. Consult your doctor before beginning an exercise program; consult a lawyer before making a legal decision. All information provided on this web site or otherwise by Via Potentia is provided for educational/informative purposes only, is subject to correction, and should not be considered legal, medical or other professional advice. Use at your own risk.